The modularized platform offers the best of two worlds. First, the ability to ship in-stock standardized hardware products rapidly to the field to streamline the microgrid deployment process, shrinking the customized engineering costs that can sometimes kill projects. Second, is the ability to customize the solution not through costly on-site hardware modifications, but through advanced software configured to meet the specific project requirements; whether the core system use be a microgrid, Combined Heat & Power (CHP) or Demand Response (DR) application. By combining standardized hardware with customizable software, the Encorp Egility can be offered to customers at an attractive price point, while also reducing overall development costs. In summary, the Encorp Egility realizes the long-sought after Holy Grail of DER system-level control: a modular design offering a rapid rollout coupled with unparalleled configurability, all at market-realistic price point.

With the field-tested Encorp Gold Box at its core, the new multi-application Encorp Egility integrates two other computing platforms into its optimization engine: an industrial-grade Human Machine Interface (HMI) and a Programmable Logic Controller (PLC). One could argue that the end result represents among the most advanced distributed energy control platform currently being offered to the market. The Egility is a culmination of Encorp’s almost-30-year legacy of bringing on-line over 400 DER control systems which are currently operating around the world. These projects span North America, Europe and the Asia Pacific regions, each fine-tuned to meet the distinct needs of customers, whether looking for resiliency, renewable energy integration, load optimization or economic savings. The Egility can deliver each of these value stacks, either individually or collectively, based on any customer’s specific needs. 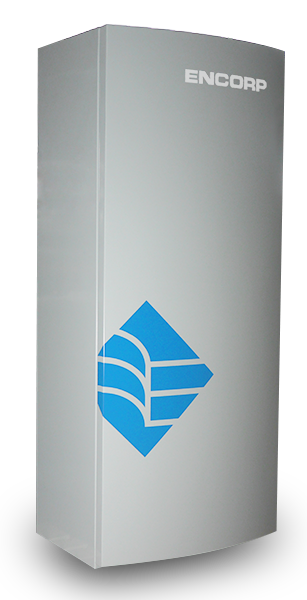 A Legacy of DER Innovation

For almost 30-years, the Encorp Gold Box has been at the cutting edge of DER aggregation, optimization and control. The end-result of significant Venture Capital investment, there are several thousands of these distributed intelligence devices installed worldwide; from humid, hot climate in southern India to the unforgiving Alaskan tundra, where successful microgrid projects can be a matter of life and death. Over Encorp’s 400-plus project history, the firmware that now sits at the core of Egility has been advanced as the industry has evolved and Encorp’s overall project capabilities and expertise expanded. Initially the first controller device of its kind, today the Encorp Gold Box remains leading edge, consistently ranked as among the best of its class worldwide by independent industry analysts and others in-the-know. Encorp has always been a problem solver. The Egility platform reflects the lessons learned in trouble shooting control challenges that have perplexed some of the largest industrial companies in the world.

Each Egility comes with an advanced software package which allows for pragmatic DER asset-use optimization, including both fossil and renewable energy generation, energy storage and diverse loads. This bottom-line focused feature is entirely configurable by the end user, and may be modified over time as system experience is gained or project objectives change. The intent of this capability was to address the core optimization needs of multi-asset DER systems without spending hundreds-of-thousands of dollars on “overkill“enterprise-level custom solutions. Economic optimization is achieved through lower-upfront control costs as well as ongoing optimization algorithms which learn through ongoing project performance and thereby increase in value over time.

The departure from the typical rectangular grey box that characterizes a typical controls solution was not an afterthought, but rather a key design criteria for the Egility platform. As the cornerstone development for Encorp, its appearance should reflect its rich legacy of problem-solving and project success. The curved front facial and dynamic custom logo theme — as well as the paint process itself — is a fitting shell for the advanced technological breakthrough housed within. It appearance suggests that it is next generation control, which it indeed is.