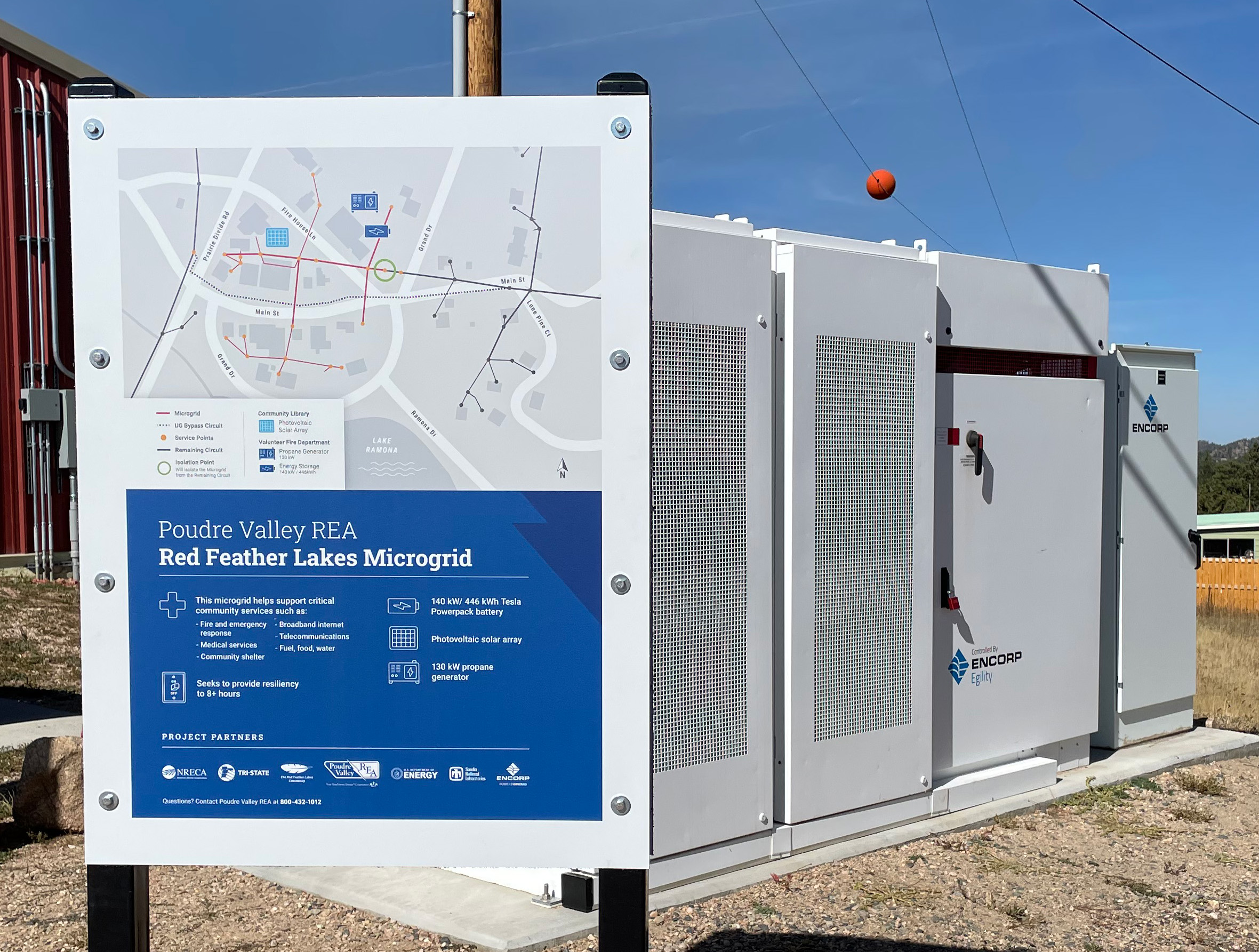 Innovative Rural Coop in Colorado Shows the Way on Microgrids

Rural cooperative utilities were created under Franklin D. Roosevelt in 1935 as a utility structure benefiting from large-scale investments by the federal government in large hydroelectric facilities. These large infrastructure projects were designed to create jobs. Yet they also could provide low-cost electricity to regions, primarily in the West, that the private sector had not served due to the challenging economics of serving sparsely populated rural America.

Ironically, this push toward large centralized renewable energy facilities helped kill what had been a cottage industry of small wind turbines in places such as West Texas for self-reliant farmers. Still, the benefits outweighed the negatives. These small, locally controlled utilities were, for the most part, still dependent upon the ebbs and flows of hydroelectricity. While independent in governance, their options for energy innovation were limited.

That all started to change within the last decade. As the cost of more distributed energy resources (DER) such as solar photovoltaics (PV) and then batteries began to fall, many rural cooperatives began to rethink their approach. To hedge their bets and become more resilient in the light of power outages from extreme weather, wildfires and aging utility infrastructure, some rural coops ventured out to seek a more sustainable and resilient path forward.

Among those utilities was the Poudre Valley Rural Electric Association (PVREA), which serves Red Feather Lakes, an isolated community in a rugged area of the Rocky Mountains northwest of Fort Collins, Colorado. The area is subject to short-duration outages since it is served by a single and extremely vulnerable single distribution power line. Wildfires and major snowstorms can bring extended outages to the area. Just recently, two of the largest wildfires in Colorado history threatened local water supplies in the Fort Collins area.

In 2018, a community group in Red Feather Lakes won a grant from a family foundation to install a solar photovoltaic (PV) system at the community library, a building that also serves as the Red Feather Lakes multi-purpose community center.  The group of co-op members behind the solar initiative invited Poudre Valley Rural Electric Administration (PVREA) staff to discuss ways the community might work with the co-op to maximize the value of the solar installation. The answer? Create a microgrid, a system that could keep the power flowing when the distribution line that snakes its way for 60 miles through treacherous mountain terrain goes down.

A variety of scenarios for the microgrid were proposed and evaluated. A request for information (RFI) was issued and within a few months the cooperative selected a controller from Encorp, a company headquartered in nearby Fort Collins which had deployed numerous microgrids around the world in diverse locations such as Sweden, India and many military bases and commercial industrial facilities in Hawaii and throughout the U.S.

The opportunity to join a federal Rural Energy Storage Deployment Program offered by the National Rural Electric Cooperative Association (NRECA) in 2020 allowed the project to move forward.  The funding made acquiring the battery feasible. It also provided access to technical services from Sandia National Laboratories, a pioneer on new microgrid concepts, which collected data and ran models to identify the optimal battery size and the proper integration of resources within the microgrid.

NRECA, which has been exploring how rural coops can upgrade their networks and resiliency with new battery storage devices and microgrids, helped develop the solicitation parameters.  Poudre Valley REA eventually purchased a Tesla battery energy system through Namaste Solar, another local Colorado company. Namaste Solar was contracted to deliver and install the battery system.

That’s the beauty of local rural cooperatives. They can deliver low-cost clean electricity and maximize jobs locally. Fort Collins happens to be one of the hot spots for microgrid controls innovation in the U.S. Encorp is among four companies based here that have been pioneers in this growing market. The U.S. leads the world in grid-connected microgrids such as this one.

This microgrid is designed to provide up to 12 hours of resiliency during a grid outage. This should provide ample coverage during a “standard” outage in Red Feather Lakes of one to two hours from a downed tree or a vehicle taking out a co-op utility pole. Our controller allows for the maximizing of renewable energy content when the grid goes down but can also rely upon a propane back-up generator in the case of a long, extended outage.

Rural cooperatives were created a long time ago. Their evolution mirrors that of the electricity industry, moving from large, centralized power plants and long distribution lines to a more decentralized system. Microgrids have become the poster child for this shift in energy planning and the provision of cleaner electricity to customers. Rural cooperatives, once viewed as laggards with new technology, are proving that they too can adapt and adopt new solutions such as microgrids. In this case, a solution to the challenge of global climate change and a local need for resilience.