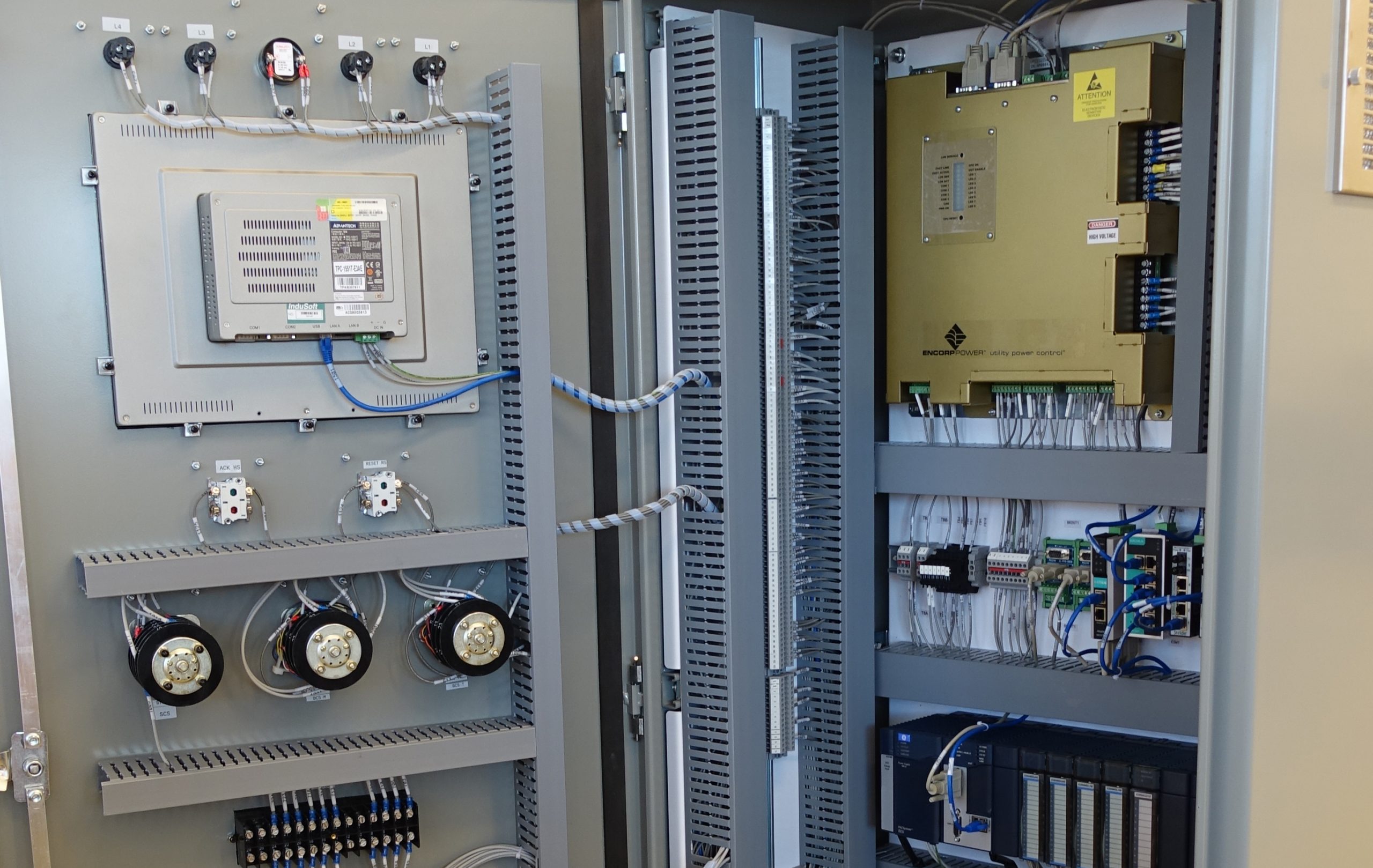 Looking Back on the Legacy of Larry Adams, A True Microgrid Controls Pioneer

The evolution of microgrid controls is filled with brilliant people. Among them is Larry Adams, who is now inching toward retirement, but is still refining control algorithms to be integrated into Encorp’s Egility platform. His legacy is an unrecognized key role in pushing the microgrid concept into the mainstream.

Larry started his career in controls at the Woodward Governor Company, where he was a senior project engineer. While there, Larry conceived and developed the leading generator set control system that was used for over 85% of generators rated at 150 kW or more in size. While there, he also designed and developed a gas turbine control system that was adopted by Caterpillar, one of the world’s largest turbine manufacturers. Perhaps most significantly, he conceived and developed the first Woodward embedded microprocessor engine control technology, awarded a US patent. In short, he was a leading pioneer for early microgrid controllers.

Larry soon became disillusioned at Woodward, as they didn’t see much of a future for power generation controls, so in 1994, he moved over to another company based in Fort Collins: Encorp. There, he continued to experiment with ways of developing a more flexible control solution that could be configured to meet the specific requirements of customers. His central objective was to blend hardware design with software to create first generation on-site controllers for microgrids. The key challenge he faced was being able to develop controls that could not only island, but also operate in grid parallel mode, requiring synchronization with the larger grid.

At Encorp, he developed three generations of industrial generator power control. He also implemented a hybrid wind turbine and diesel engine control system for remote villages in Alaska. This latter major advance in power control technology was supported by a research grant from the US Department of Energy’s National Renewable Energy Laboratory. During this process, he utilized programmable logic controllers (PLCs) to create the Gold Box, an early foray into distributed control architecture. The product grew out of his realization that it was taking way too long to develop individualized control systems for individual projects.

Encorp then went to market with the Gold Box by incorporating this new controls technology with switchgear, which would allow for seamless islanding for microgrids for military applications and various commercial and industrial customers such as data centers. At the time, the use of droop frequency was quite common, but had some limitations. Encorp took a more hierarchy-based approach, with optimization modules that integrated PLCs with software. The latter enabled customers to prioritize applications important to them, whether they wanted to minimize emissions or reduce fuel costs or, most commonly, reduce cost.

After a brief stint with Kohler Power Systems, his next major accomplishment was the development of the grid architecture for the trendsetting Cell Controller Project with Spirae, yet another company focused on microgrid controls based in Fort Collins, Colorado.  Implemented in Denmark, this project focused on development of a cluster of microgrids incorporating combined heat and power (CHP) plants with wind turbines and managed into a virtual power plant (VPP) which could be operated by the transmission system operator. (FYI, Encorp at one point held the rights to the term “virtual power plant” but gave up defending the copyright of this term when it became ubiquitous.) Among the innovations incorporated into the Cell Controller this project was the design and deployment of synchronous condensers, secondary load controllers, master synchronizers and upgrades to the CHP systems to support new operating modes and communication.

Larry continued to develop digital control platforms for a Spirae project in Fort Collins dubbed FortZED. In this case, he contributed designs for a Renewable and Distributed Systems Integration product that reduced peak loading on utility feeders. He then continued to work with Spirae to develop and control application called Wave. In this latest iteration of microgrid controls, Larry designed real and reactive import/export control algorithms, algorithms for spinning reserve optimization, and solved a multitude of other DER control matters.

Larry came back to Encorp after Spirae laid off most of its staff in 2019. He is now focused on software innovation incorporating concepts such as artificial intelligence into decision-making. He is fascinated by the methods of both linear and non-linear optimizations now possible, leveraging open source software to further improve Encorp’s Egility platform. As was the case with his early advances in controls, the focus remains on real-time communication with assets, with a special focus on energy storage devices which are currently being integrated into the majority of microgrids being deployed around the world.  Among the main concerns he still is working on addressing is the challenge of spinning reserves in real-time, an issue he first addressed when he first started with Encorp decades ago.